What Causes Fatigue In Parkinson’s

Fatigue and Sleepiness in Parkinsons Disease

The precise mechanisms that cause fatigue are unclear but research suggests that any neurological disorder which involves the basal ganglia area of the brain is likely to be associated with significant fatigue. This includes Parkinsons.

In some cases Parkinsons medication may be a factor, for example dopaminergic medications may affect sleep and so add to fatigue. Dosage and timing of medication may also affect energy levels.

Fatigue may be linked to other Parkinsons symptoms, for example depression. With depression there is usually also fatigue, as well as loss of motivation, a general lack of interest and difficulty in sleeping. It is important that these symptoms are recognised as they are very treatable, and overcoming them can reduce fatigue.

If you experience tremor, rigidity or dyskinesia your muscles will have to work harder in order to carry out simple movements or tasks which can mean muscles fatigue more quickly and easily. Slowness of movement may also increase fatigue by making activities and tasks more prolonged and effortful.

You may have sleep problems and poor quality sleep tends to lead to excessive day-time sleepiness and a tendency to nap. Although sleepiness is a separate symptom to fatigue, it clearly adds to the problem and fatigue is hard to overcome if you are sleepy.

Measurement Of Fatigue And Balance

A randomized crossover design examined each participant twice, once in a fatigued condition and once in a non-fatigued condition. The Visual Analog Scale of Fatigue measured subjective fatigue. The VASF is a quick self-report measure used to quantify subjective perceptions of fatigue during a particular task by marking a 100mm line with 0mm representing no fatigue and 100mm representing maximum fatigue. One can calculate immediate effect of a task on subjective fatigue by subtracting the immediate pre-test measure from the immediate post-test measure designated by each research participant. This ability to measure immediate effects of a task makes the VASF a better option than other self-report measures like the PFS-16 which measure the generalized state of fatigue specifically with persons with PD. Although it has not been studied in PD, the VASF has been found to be more sensitive than other self-report fatigue measures for measuring fatigue in other neurodegenerative diseases .

Balance was measured with MBT, a 14-item test that measures balance in 4 domains: anticipatory balance, reactive postural control, sensory orientation, and dynamic gait. Its validity and reliability in PD has been established .

You dont have to go through this alone. Find your team through MyParkinsonsTeamthe social network for some 81,000 people living with Parkinsons and their loved ones. Here, you can meet others who know exactly how you feel, ask them questions, and share tips. More than 2,800 members on MyParkinsonsTeam report fatigue as a serious symptom.

Have you experienced fatigue with Parkinsons? Did your doctors recommend strategies for fighting or preventing it? Share your experience and tips in the comments below or by posting on MyParkinsonsTeam.

How Can I Help Myself

The general rule is to keep as mentally and physically active as possible. The following suggestions may be helpful:

What Causes Fatigue In People Living With Parkinson’s Disease 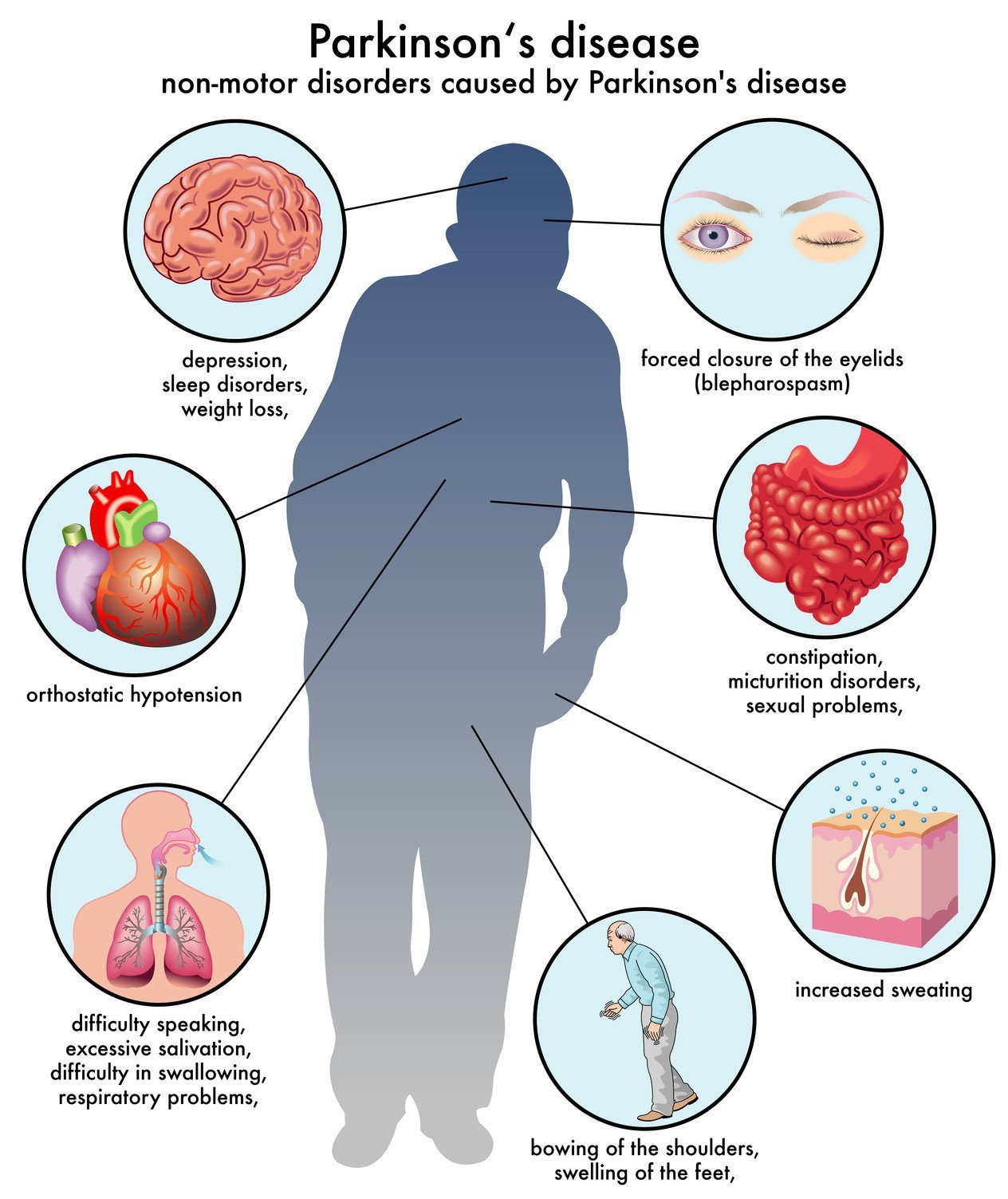 There exists many causes that interact with one another and are responsible for fatigue. Some of these causes can be treated and others cannot:

People living with Parkinsons disease often use these phrases to describe their fatigue:

Out of the many medical conditions, lack of sleep and aging can be the cause of fatigue. In general, the fatigue associated with Parkinsons disease improves with antiparkinsonian treatments, but does not go away completely.

Your neurologist can help you determine the cause of your fatigue and eventually find the best treatment.

How To Cope With Disabling Fatigue In Parkinsons Disease

For many people with Parkinsons disease, fatigue can be as disabling and unpleasant as slowed movement or tremors.

Fatigue can disrupt various daily activities and rehabilitation programs. It fuels our emotional responses to Parkinsons symptoms, making them more unbearable. It reduces our ability to cope with the challenges that disease presents us every day and makes it harder for us to connect with others. As a result, fatigue can sometimes increase our sense of social isolation because it drains the energy we need to get out of the house and interact with others.

If your healthcare provider didnt ask about your fatigue level, but you have symptoms or problems, ask.

How Is Fatigue Treated

Although fatigue is common in Parkinsons, it has often been rather neglected by doctors. There are numerous causes of fatigue that are unrelated to Parkinsons but these still need to be recognised for treatment to be successful.

You should first talk with your doctor or specialist to let them know how fatigue affects you and what changes you have noticed over recent months. They will then carry out any tests they feel are appropriate.

Medication: If your doctor suspects that your Parkinsons treatment is a factor they may recommend a change in medication so that symptoms are better managed, which should give you more energy.

Sleep: It is important to understand the reasons for poor sleep and to treat symptoms that disturb your sleep pattern. For example tremor, stiffness or restless legs may interrupt your sleep, or you may need to use the toilet at night. Your doctor will be able to suggest ways to manage these symptoms and so improve your sleep and reduce fatigue.

Lifestyle: Advice to improve fitness through regular daily exercise may be useful. Depending on where you live, you may be referred to an occupational therapist or physiotherapist specially trained in the management of fatigue who can suggest a personal programme of activity and relaxation. In some countries your doctor may refer you to specialist community teams who help people manage chronic fatigue syndrome and can advise on fatigue disorders.

Insights Into Fatigue From Other Disorders

Although perceived fatigue is probably similar among different illnesses, there may be disease-specific differences. Both similarities and differences may provide insights into fatigue pathophysiology. Similarities in fatigue would be compatible with a hypothesis of shared mechanisms, and thus the possibility of similar interventions. The high prevalence of fatigue in medical and psychiatric disorders points either to some very generalized mechanisms or a limitation in the brains ability to distinguish perceptions. We limited our review of other disorders with prominent fatigue, but excluded chronic fatigue syndrome because of its frequent association with psychiatric disorders such as personality disorders and post-traumatic stress disorder that might confound physiological interpretations.

Fatigue In Parkinsons Disease: Report From A Multidisciplinary Symposium

Pragmatic Management Of Fatigue In Pd

Treatment approaches focused on fatigue in PD are faced with 2 main limitations: lack of clear insight into its pathophysiology and mechanisms, and probably its multifactorial nature . Therefore, as stated by Kluger and Friedman, contemporary treatment of fatigue in PD is limited to an empirical approach based on plausible hypotheses . 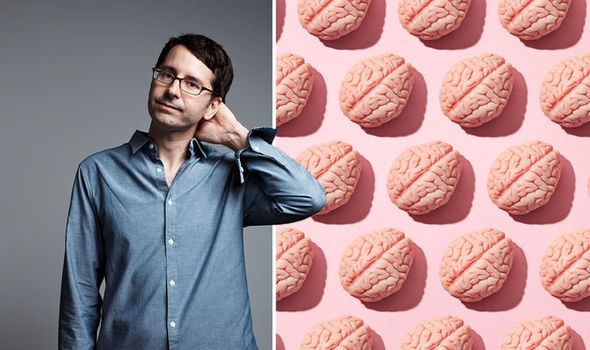 There is no single standard for assessing fatigue. As a subjective experience, like the symptom of pain, the person experiencing fatigue can best describe the impact it is having on their life. Fatigue is generally discussed during a physical exam and health history. Patients experiencing fatigue should talk to their doctor about their experience of fatigue, including what times of day symptoms are worse, how long fatigue symptoms last, and how fatigue is impacting their life. The physician can discuss treatments for depression or difficulties sleeping. In addition, the physician may ask for a sleep study to analyze problems with sleep.1

The Impacts Of Fatigue On Those With Parkinsons

Fatigue in PD can be debilitating. This fatigue can take the form of physical exhaustion that makes you feel completely lacking in energy. This is described as the sort of exhaustion that makes moving nearly impossible. Its not just sleepiness its feeling weary, without enough energy to even get out of bed or off the couch. Woke up feeling fatigue, wrote one member, like I have to push myself to get going.

Another shared that their day would be much better if I didnt get so tired by noon. After noon, about all I can do is sit in the recliner or lay in the bed and sleep for a couple of hours.

Fatigue can also show up as crippling mental exhaustion. Mental fatigue makes concentrating nearly impossible and can result in an inability to remember things or follow simple directions. As members have shared, you may feel excessive daytime sleepiness no matter how much rest you get: I, too, suffer from chronic fatigue. I believe I could sleep for 24 hours and still be tired.

For some with PD, fatigue is a constant. Others, however, find that their fatigue comes and goes. One member shared that they are not always tired and lethargic, but sometimes, it hits me for a whole day. I have always had plenty of energy, and I am now perplexed with the ups and downs of PD conditions. I fall asleep often when sitting after eating, while watching TV, during quiet times, and generally doze when I used to not do it.

Treatment For Fatigue In Parkinson’s Disease

We found that doxepin , a drug to treat depression, may reduce fatigue. We found that rasagiline , an anti-Parkinson drug, reduced or slowed down the progression of physical fatigue. Most drugs were safe however, levodopa-carbidopa may cause nausea.

We found no evidence that exercise reduces fatigue in Parkinson’s disease.

Factors contributing to subjective fatigue in people with idiopathic Parkinsons disease are not well known. This makes it difficult to manage fatigue effectively in PD.

There are currently few treatments available that directly alleviate fatigue, which can make it difficult to treat. However, people with PD who experience fatigue should talk to their doctor as changes in their current medications may help relieve fatigue. Complementary therapies, such as acupuncture or massage, may help improve symptoms of fatigue. In addition, there are several lifestyle approaches that can help manage fatigue, including:

Fatigue manifests itself differently depending on the individual:

The Critical Difference Between Sleepiness And Fatigue

Fatigue is a physical or psychological feeling where people feel weary and exhausted and lacking energy. EDS is about needing and having the urge to sleep.

It is estimated that EDS affects up to 50% to 75% of people living with Parkinsons and fatigue is estimated to affect 40% to 60%. Fatigue, however, is more likely to go undiagnosed.

Because the terms fatigue and sleepiness are so heavily linked, and sometimes used interchangeably, research has concluded that fatigue and EDS should be assessed separately in people with Parkinsons so that we can improve our understanding of their overlapping physiology.

With that knowledge, researchers from the University Hospital of Zurich, Switzerland designed a study to determine the overlap between fatigue and EDS and then associate them with other motor and non-motor symptoms as well as dopaminergic medication.

In their study of 88 outpatients, the researchers found that 72% experienced fatigue or EDS and just under half experienced both. Some of the key findings of the study include:

Triggers And Alleviating Factors For Fatigue In Parkinsons Disease