ðWhat is Amantadine?. Side effects, mechanism of action, dosage, uses of Amantadine (Symmetrel)

Suicidal thoughts or actions are a rare side effect of amantadine, occurring in fewer than 0.1% of people.

Many people affected in this way have taken amantadine for influenza prevention or treatment. This side effect can develop in people with no history of psychiatric illness.

People taking amantadine, and those close to them, should look carefully for any behavioral changes, including agitation, personality changes, paranoia, depression, and anxiety.

Some Side Effects Can Be Serious If You Experience Any Of These Symptoms Call Your Doctor Immediately:

Amantadine may cause other side effects. Call your doctor if you have any unusual problems while taking this medication.

If you experience a serious side effect, you or your doctor may send a report to the Food and Drug Administration’s MedWatch Adverse Event Reporting program online or by phone .

Of the 30 participants who completed the study, 20 patients responded to amantadine. The demographical and clinical features were included for analysis using multivariate logistic regression models. Results showed that patients with a higher age of Parkinson’s disease onset /10 years) and higher doses of dopamine agonists /100mg LDED) were more likely to respond to amantadine.

Don’t Miss: What Are The Most Common Symptoms Of Parkinson’s Disease

Patients were judged eligible by neurologists at the participating hospitals and were consented for enrollment peripheral blood was sampled at each hospital, and creatinine clearance was calculated at the coordination center. Eligible participants were provided unique subject identification numbers according to study criteria and were assigned to Arm 1 or Arm 2 by a research technician , according to a computer-generated, randomization plan, which included stratification by severity of dyskinesia . Study medications were sent to each hospital from the coordinating center, according to the schedule. A list of subject identification numbers and corresponding treatment assignments was restricted to K.H. and were concealed from other study personnel.

Arm 1 intervention consisted of an observation period , amantadine hydrochloride treatment period , washout period , and placebo treatment period . Arm 2 intervention consisted of an observation period, placebo period, a washout period, and an amantadine treatment period . Amantadine was increased in a step-by-step manner , followed by a decreased treatment regimen . Placebo was also administered in a similar manner. The subjects were interviewed every 7th day, and adverse effects were monitored. Trial drugs were not increased if the patients did not desire the increase or if adverse effects were detected.

What Other Information Should I Know 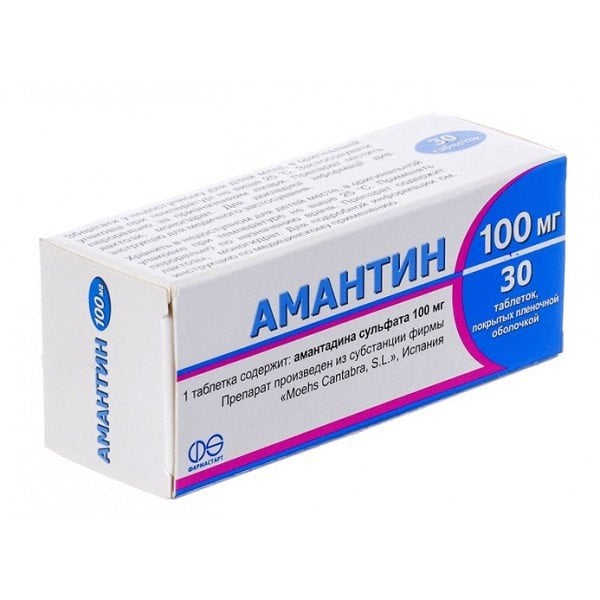 Keep all appointments with your doctor and the laboratory. Your doctor may order certain lab tests to check your response to amantadine.

If you are taking the extended-release tablets , you may notice something that looks like a tablet in your stool. This is just the empty tablet shell, and does not mean that you did not get your complete dose of medication.

Do not let anyone else take your medication. Ask your pharmacist any questions you have about refilling your prescription.

It is important for you to keep a written list of all of the prescription and nonprescription medicines you are taking, as well as any products such as vitamins, minerals, or other dietary supplements. You should bring this list with you each time you visit a doctor or if you are admitted to a hospital. It is also important information to carry with you in case of emergencies.

How Should This Medicine Be Used

If you are taking amantadine for Parkinson’s disease, your doctor may start you on a low dose of amantadine and gradually increase your dose.

Ask your pharmacist or doctor for a copy of the manufacturer’s information for the patient.

The primary efficacy outcome measure in both studies was change from baseline in the Unified Dyskinesia Rating Scale total score, as assessed at week 12 . Relevant to the present analyses, as a key secondary outcome, all patients completed home diaries for the two consecutive days prior to each scheduled visit, in which they categorized their predominant motor state during each half-hour interval of the 24-h day as: ON without dyskinesia, ON with non-troublesome dyskinesia, ON with troublesome dyskinesia, OFF, or asleep . Patients and caregivers received training on how to use the diaries during the screening period, and concordance with the diary was confirmed during the baseline period. Diaries with 4 missing entries per day were considered unevaluable for analysis. Otherwise, missing data were imputed by assigning the 30 min of each missing interval, in equal portions of 15 min each, to the responses of the immediately preceding and subsequent completed intervals.

All analyses were set at a two-sided, 5% significance level and were performed using SAS version 9.4 .

You May Like: How Many Forms Of Parkinson’s Are There

For People With Parkinson’s Disease

Parkinson’s disease causes progressive muscle rigidity, tremors and other symptoms. The most common drug used to try and relieve these symptoms is levodopa, but serious physical and psychiatric adverse effects are common. Amantadine is another option, used alone or with levodopa. Amantadine can have serious adverse effects , and people can become resistant to the drug. The review found that there is not enough evidence from trials about the effects of amantadine for people with Parkinson’s disease. Adverse effects in trials so far have not been severe, and included skin rash, dry mouth and blurred vision.

A considerable amount of evidence on the effectiveness of amantadine has accrued from non-controlled trials, often in patients with Parkinsonian conditions other than idiopathic Parkinson’s disease. However, rigorous analysis of the six randomised controlled trials of amantadine reveals insufficient evidence of its efficacy and safety in the treatment of idiopathic Parkinson’s disease.

Although levodopa is the most common drug prescribed to relieve the symptoms of Parkinson’s disease it is associated with motor and psychiatric side-effects. Consequently, interest has turned to alternative drugs with improved side-effect profiles to replace or augment levodopa. Amantadine, originally used as an antiviral drug, has been shown to improve the symptoms of Parkinson’s disease.

Amantadine has an excretion rate related to the acidity of the urine. Any drug, change in diet, or patient state that influences urine pH may alter the elimination or accumulation of amantadine and will need to be monitored.

Alcohol increases sedation and orthostatic hypotension and should not be taken with amantadine. Live influenza vaccines are also not recommended as amantadine may interfere with the efficacy of the vaccine.

Amantadine is contraindicated in patients with end-stage renal disease .

The symptoms of Parkinsons disease include trembling or tremor, limb rigidity, bradykinesia , and impaired balance and coordination.1 The disease can also cause difficulty speaking, swallowing, and performing everyday activities. Overall, Parkinsons disease can have a considerable impact on the patients quality of life.2

When the symptoms of Parkinsons disease are being controlled, the episode is referred to as on time.2 Conversely, when symptoms are not responding to treatment, the episode is called an off time.2 Treatments for Parkinsons disease include levodopa plus carbidopa, dopamine agonists, monoamine oxidase -B inhibitors, catechol-O-methyltransferase inhibitors, anticholinergic drugs, and amantadine.3

Amantadine is available as an extended-release formulation in 68.5-mg or 137-mg capsules.8

Can Amantadine Cause Problems 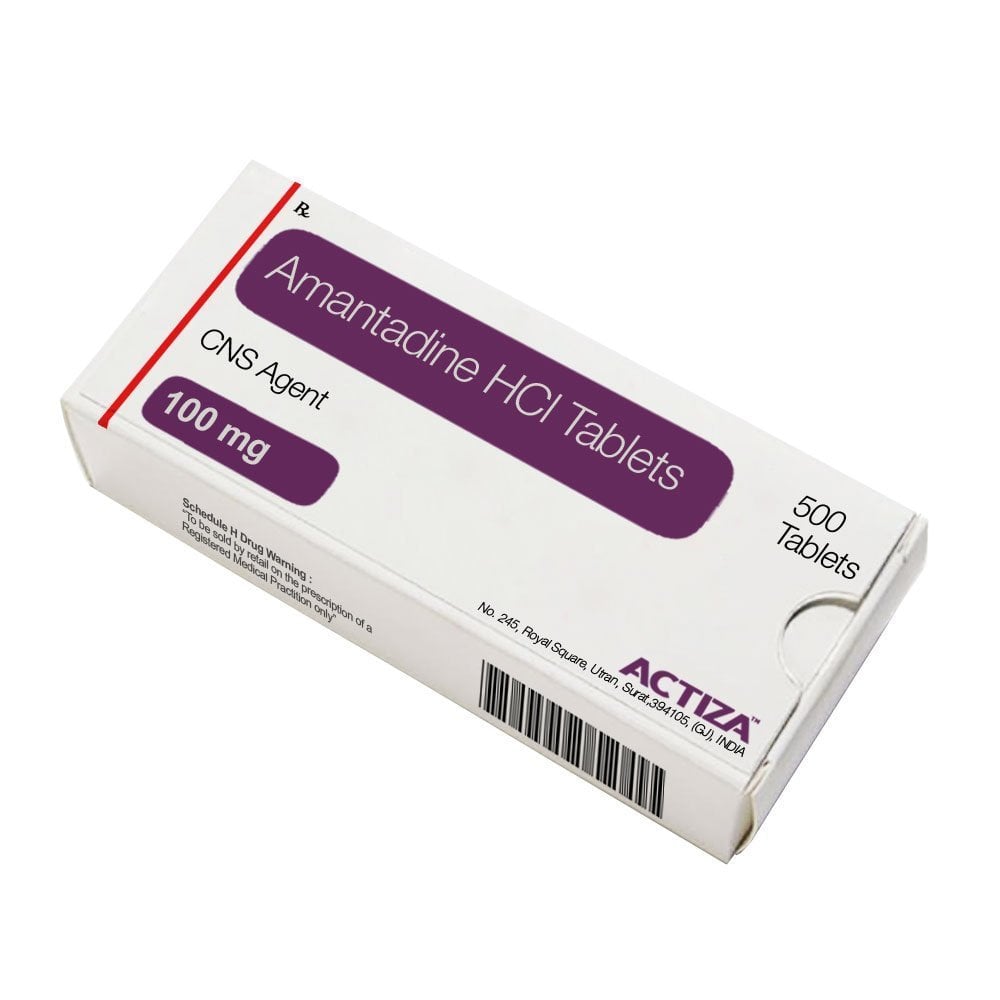 Along with their useful effects, most medicines can cause unwanted side-effects although not everyone experiences them. The table below contains some of the common ones associated with amantadine. You will find a full list in the manufacturer’s information leaflet supplied with your medicine. The unwanted effects often improve as your body adjusts to the new medicine, but speak with your doctor or pharmacist if any of the following continue or become troublesome.

Recommended Reading: What’s The Difference Between Parkinson’s And Ms

Getting The Most From Your Treatment

What Should I Know About Storage And Disposal Of This Medication

Keep this medication in the container it came in, tightly closed, and out of reach of children. Store it at room temperature and away from excess heat and moisture .

Unneeded medications should be disposed of in special ways to ensure that pets, children, and other people cannot consume them. However, you should not flush this medication down the toilet. Instead, the best way to dispose of your medication is through a medicine take-back program. Talk to your pharmacist or contact your local garbage/recycling department to learn about take-back programs in your community. See the FDA’s Safe Disposal of Medicines website for more information if you do not have access to a take-back program.

Flow chart of studies by screening, inclusion and exclusion

What Is The Most Important Information I Should Know About Amantadine

Medications for the Treatment of Parkinson’s Disease

You should not use amantadine if you are allergic to it, or if:

Tell your doctor if you have ever had:

People with Parkinson’s disease may have a higher risk of skin cancer . Talk to your doctor about this risk and what skin symptoms to watch for.

It is not known whether this medicine will harm an unborn baby. Tell your doctor if you are pregnant or plan to become pregnant.

You should not breast-feed while using this medicine.

What Should I Do If I Forget A Dose

If you are taking the capsules, tablets, or liquid, take the missed dose as soon as you remember it. However, if it is almost time for the next dose, skip the missed dose and continue your regular dosing schedule. Do not take a double dose to make up for a missed one.

The kidneys primarily excrete amantadine via the urine. In people with impaired kidney function, the drug can build up in the body. The doctor will lower the dose of amantadine, as a result.

Amantadine can also increase liver enzyme numbers. Anyone with a history of liver disease should take amantadine with caution.