Treatment Of Tremor In Parkinson’s Disease

What is the difference between Essential tremor and Parkinson Disease tremor?

Parkinsons disease is a degenerative, progressive disorder that affects nerve cells in deep parts of the brain called the basal ganglia and the substantia nigra. Nerve cells in the substantia nigra produce the neurotransmitter dopamine and are responsible for relaying messages that plan and control body movement. For reasons not yet understood, the dopamine-producing nerve cells of the substantia nigra begin to die off in some individuals. When 80 percent of dopamine is lost, PD symptoms such as tremor, slowness of movement, stiffness, and balance problems occur.

Body movement is controlled by a complex chain of decisions involving inter-connected groups of nerve cells called ganglia. Information comes to a central area of the brain called the striatum, which works with the substantia nigra to send impulses back and forth from the spinal cord to the brain. The basal ganglia and cerebellum are responsible for ensuring that movement is carried out in a smooth, fluid manner .

The action of dopamine is opposed by another neurotransmitter called acetylcholine. In PD the nerve cells that produce dopamine are dying. The PD symptoms of tremor and stiffness occur when the nerve cells fire and there isn’t enough dopamine to transmit messages. High levels of glutamate, another neurotransmitter, also appear in PD as the body tries to compensate for the lack of dopamine.

To understand Parkinson’s, it is helpful to understand how neurons work and how PD affects the brain .

Nerve cells, or neurons, are responsible for sending and receiving nerve impulses or messages between the body and the brain. Try to picture electrical wiring in your home. An electrical circuit is made up of numerous wires connected in such a way that when a light switch is turned on, a light bulb will beam. Similarly, a neuron that is excited will transmit its energy to neurons that are next to it.

Neurons have a cell body with branching arms, called dendrites, which act like antennae and pick up messages. Axons carry messages away from the cell body. Impulses travel from neuron to neuron, from the axon of one cell to the dendrites of another, by crossing over a tiny gap between the two nerve cells called a synapse. Chemical messengers called neurotransmitters allow the electrical impulse to cross the gap.

Neurons talk to each other in the following manner :

Parkinsons disease occurs when brain cells that make dopamine, a chemical that coordinates movement, stop working or die. Because PD can cause tremor, slowness, stiffness, and walking and balance problems, it is called a movement disorder. But constipation, depression, memory problems and other non-movement symptoms also can be part of Parkinsons. PD is a lifelong and progressive disease, which means that symptoms slowly worsen over time.

The experience of living with Parkinsons over the course of a lifetime is unique to each person. As symptoms and progression vary from person to person, neither you nor your doctor can predict which symptoms you will get, when you will get them or how severe they will be. Even though broad paths of similarity are observed among individuals with PD as the disease progresses, there is no guarantee you will experience what you see in others.

For an in-depth guide to navigating Parkinsons disease and living well as the disease progresses, check out our Parkinsons 360 toolkit.

What Is Parkinsons Disease?

Dr. Rachel Dolhun, a movement disorder specialist and vice president of medical communications at The Michael J. Fox Foundation, breaks down the basics of Parkinsons.

Other Tremors And How It Differs

The National Institute of Neurological Disorders and Stroke notes that some common tremors include:

According to Harvard.edu, there are several actions that can be taken to help manage your essential tremor and minimize how they impact your daily life. First, lets cover treatment options:

As each patient is different, you and your doctor will need to decide what the best course of action is for you. You must weigh the pros and cons of each treatment option based on your lifestyle and how you think theyll impact your quality of life.

Here are a few facts about Parkinsons disease, which you should know affirmatively.

Patients need to depend on the chemicals. Dosage of medicine increases regularly so are the complications of the disease.

We need to find what Ayurveda can offer for the treatment of this challenging condition. And how can the Ayurveda treatment regime be helpful in Parkinsons disease?

Impact Of Tremor For Patients With Early Stage Parkinsons Disease

Patients with early stage PD consistently rank tremor as highly important, even when asked to consider other diverse aspects of their condition. Tremor was cited as the most bothersome symptom in a survey of 75 PD patients with relatively mild symptom severity . Twenty-eight percent of patients mentioned tremor in their open-ended response to the question, Which two problems related to Parkinsons disease bother you most?

The psychosocial impact of tremor for many PD patients is insidious and profound and goes well beyond a general annoyance . During an in-depth structured interview , patients and caregivers shared emotional and highly compelling stories of trying to disguise tremor during the early stages of PD by wearing clothes with pockets or hiding an affected hand behind ones back. They went further to express dreading the progression of their tremor during later stages of PD with remarks such as, as it changes to slavering and trembling in a corner, I will find that a horror.

Parkinsons Disease: According to the Parkinsons Foundation, Parkinsons disease is a neurodegenerative disorder that affects predominantly dopamine-producing neurons in a specific area of the brain called substantia nigra. Parkinsons itself is not a fatal disease, however, it can have serious complications that can be.

Essential Tremor: As defined by John Hopkins Medicine, essential tremor disorder is a neurological condition that causes your hands, head, trunk, voice, or legs to shake rhythmically. Generally, these tremors are worse when moving than when at rest. However, tremors can be severe enough to interfere with regular daily activities such as eating, speaking, and even using the restroom independently. Essential tremor is considered benign, or non-life-threatening.

Tremor-predominant Parkinsons disease joins Essential tremor as an FDA-approved indication for the use of Focused ultrasound. Focused ultrasound is a technology in which beams of ultrasound waves are focused on a designated target thereby concentrating enough energy to create a small lesion. When a lesion is created in very specific locations in the brain, it can disrupt the abnormal Parkinsons circuitry, thereby treating some of PDs motor symptoms.

Individual ultrasound waves do not contain enough energy to do any damage as they pass through a patients skull and brain tissue. It is not until multiple waves are all focused on a particular spot that a lesion is formed. In the recently approved procedure, MRI is used to precisely direct the ultrasound waves to an area of the thalamus, a structure deep in the brain that acts as a relay station for many of the brains functions. Abnormalities of thalamic circuitry are known to play a role in tremor and lesioning specific areas of the thalamus decreases tremor. Research of focused ultrasound in other brain regions continues to be explored as possible treatments for PD symptoms such as slowness and stiffness.

The device used to deliver this treatment is called Exablate Neuro and is a product of the company InSightec.

Limitations Side Effects And Long

Baltuch cautions, however, that focused ultrasound thalamotomy is not without risk or side effects, there are limitations, and there are not yet long-term studies.

How Are Parkinsons Disease And Essential Tremor Treated

Medication is the first choice for Parkinsons treatment, but Parkinsons patients dont respond well to drugs or have side effects. In Essential tremor, the response rate to medications is less than Parkinsons disease and up to 30% may not tolerate medications or may have an unsatisfactory response. In these cases, surgical treatment may be considered.Before the arrival of FUS, surgical options for Parkinsons treatment included thalamotomy and deep brain stimulation .Both these options are considered minimally invasive although they involve incisions, use of drills to open a small hole in the skull and the insertion of one or more electrodes into the brain. In the case of DBS, the hardware is implanted into the brain and a pacemaker similar to a heart pacemaker is implanted into the chest wall. 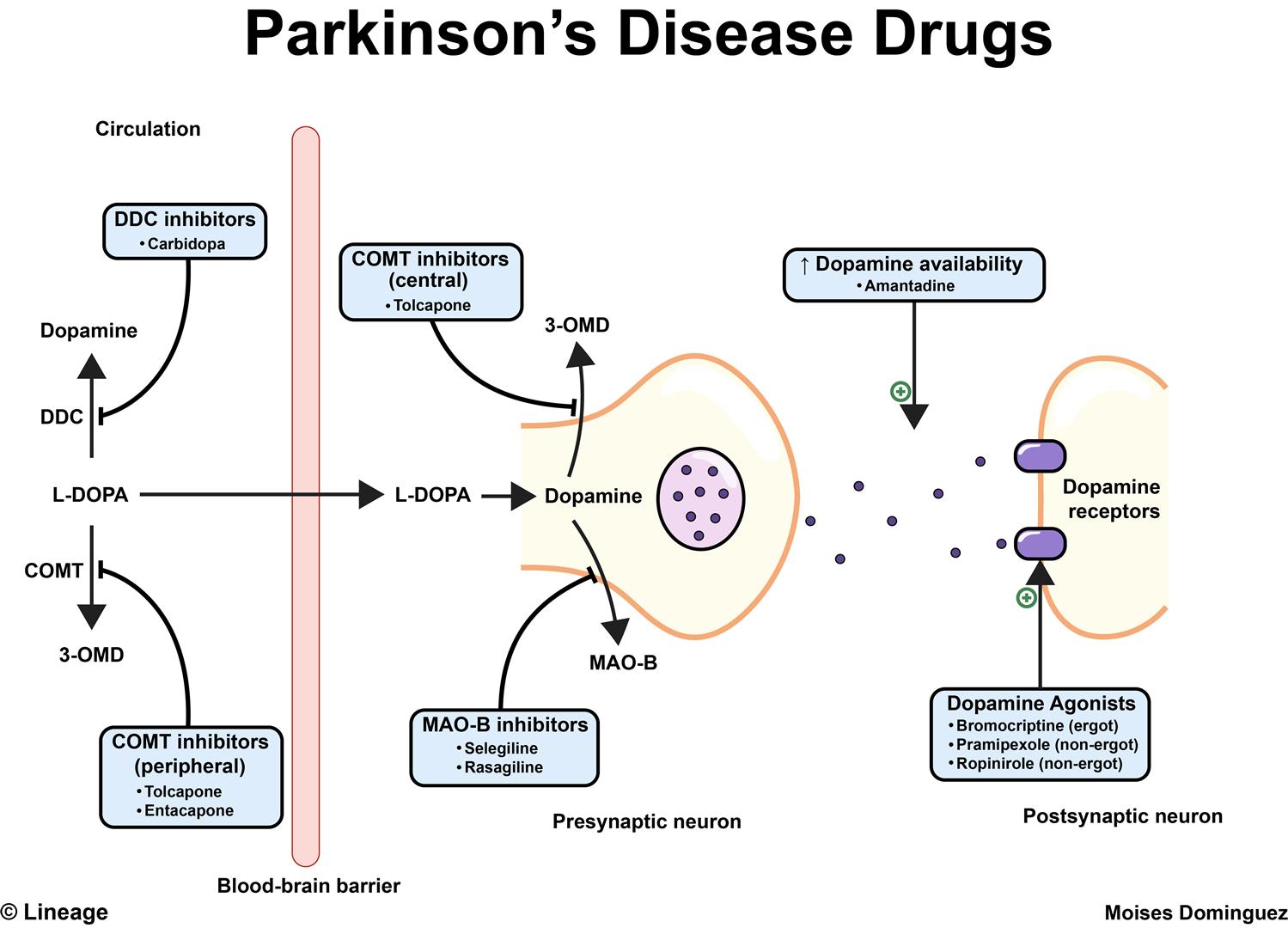 Another treatment method, usually attempted as effectiveness of medical treatments for Parkinson’s disease wane, is termed deep brain stimulation. The technique involves surgery to implant electrodes deep into the brain in the globus pallidus, thalamus, or the subthalamic nucleus areas. Then electric impulses that stimulate the brain tissue to help overcome tremors, rigidity, and slow movements are given. Impulses are generated by a battery. This surgery is not for every Parkinson’s disease patient it is done on patients that meet certain criteria. Also, the surgery does not stop other symptoms and does not end the progression of the disease.

This week, PD Warrior founder Melissa McConaghy and head online coach Jason King demonstrate how you can perform specific exercises to help manage tremor activity. To perform these exercises, you can use a plush ball , a deflated ball, or another soft, light ball.

Parkinsons disease can sometimes cause tremor, involuntary shaking or movement that often affects the hands. Engaging in specific exercises, such as the coconut crack demonstrated in this video, can help manage your tremor.

MyParkinsonsTeam has partnered with PD Warrior an organization that specializes in providing rehabilitative exercise programs to people with Parkinsons disease to provide a six-part series of exercises for people living with PD. These low-impact exercises can help you increase your motor output.

Previously in the series, you saw how to warm up before jumping into a new exercise program. Then you learned exercises that can help people experiencing bradykinesia .

Consider these steps before you work through this week’s video:

Other symptoms that can also occur, which often impact someones moods and other behaviors, include:

How Does Parkinson’s Disease Spread From Person To Person